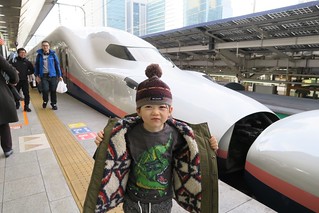 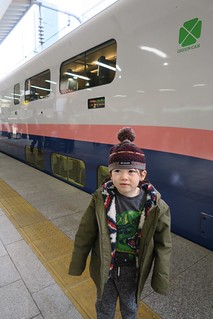 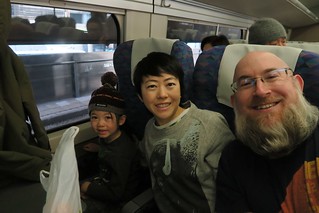 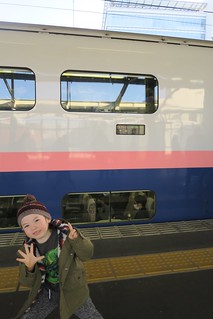 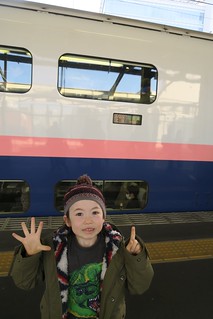 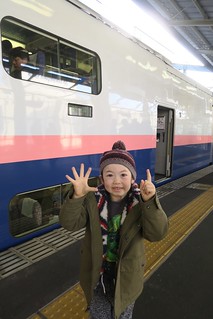 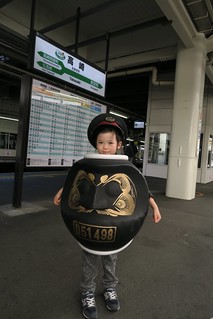 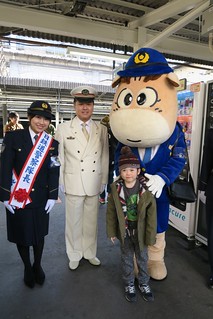 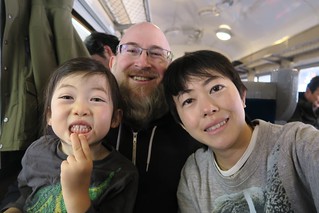 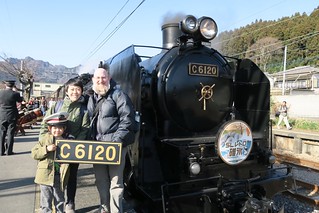 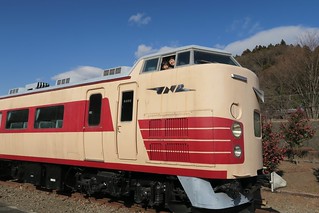 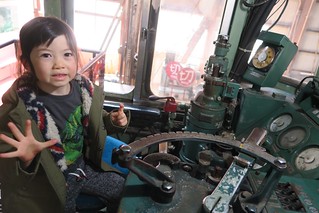 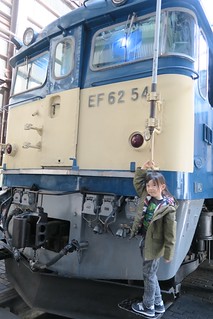 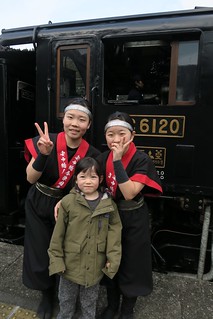 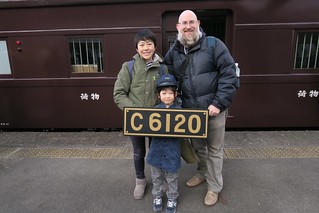 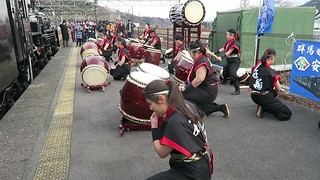 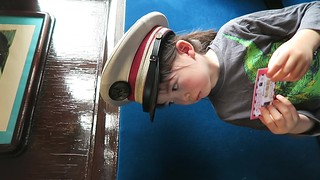 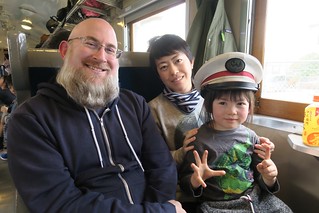 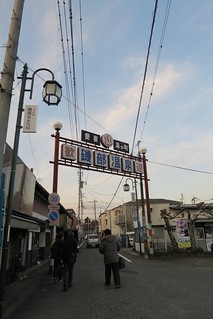 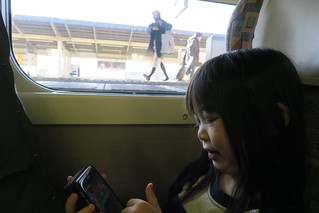 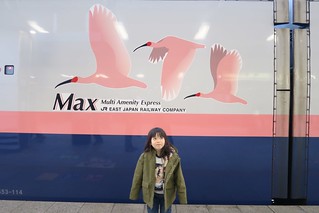 Today, 2017-12-16, is Alan’s sixth birthday. This year, instead of getting lots of presents, Lisa’s planned a nice trip for him. Since Alan really loves trains (what six year old in Japan doesn’t?) this trip is a train-focused trip. His birthday conveniently fell on a Saturday, so we were able to take an overnight trip to a Onsen. We had an 8:24 Max Toki Shinkansen on the Joetsu line. The Max Toki E4 series of trains is amazing - two floors of seating, carrying about 1634 people when two eight car trains are connected together. I have always wanted to ride in one of those trains up on the second floor. Lisa got us reserved seats in the upper floor - the upper floor are all reserved, and the lower floor is open seating - and we were off. The trains are actually on the way out, and will probably be withdrawn from service sometime in 2018. Right now these monster E4 trains are only in use on the Joetsu line, and all the previous lines that had used them are using newer trains that can go faster. These trains can only go 240 km/h (150 mph) which isn’t fast enough for Japan I guess. The fastest Shinkansen run at about 200 mph now, and around 175 mph is pretty common. I wonder if the newer trains will also be double decker; I somehow doubt it because so far I haven’t seen any plans for those, and they are likely to re-use existing designs I think. Who knows though? The Shinkansen are really popular in Japan, and a lot of effort is put into them, so maybe they will make another really high passenger capacity train. We took the Shinkansen to Takasaki, which was about an hour out of Tokyo. From there we took a special weekend-only Steam Engine train. It ran from Takasaki (a reasonably large city I think - population of about 370,000 people) to the end of the line at Yokokawa. That place has a population of about 600 people unless I am reading the PDF that I found on the web somewhere wrong. At any rate, it was a small little town. When we pulled into the station there was a local high school Taiko group playing Taiko as we came in. It was super cool. Even though it was cold outside, they were out there in short sleeves banging up a storm. We watched them for a while, and got lots of pictures of the train and the local mascots (Silky-chan and the Gunma-ken mascot) and then we went out to a local train attraction: The Usui Pass Railway Park. I couldn’t find any English information about it, but it was a large park (or maybe museum - you had to pay a fee to get in) that had lots of train related stuff. Lots of older trains, you could go inside some of them, and lots of small trains and other things for kids to ride. Which all cost money, but that is to be expected I guess. We walked around and saw some cool old trains, and even rode on their gear-toothed rail car. There is a local track that goes up into the mountains that uses a gear toothed rail apparently - there is a long hiking path that takes you to some scenic spots on it - and the place is a bit famous for that I think. After our time in the train park, we went to get lunch at a place that has been doing Station lunch boxes for the longest amount of time in Japan - 150 years or so. They have a special lunch box called the "Kamomeshi" that was pretty good! The place was called Onogiya I think. We took the steam engine back to Takasaki, but before the train left there was another performance by a local high school Taiko group. The steam train only runs on weekends, and each time it comes there are different groups doing things. The ones that were announced on the board were all Taiko groups, and sometimes there would be those local characters, or maybe not. From Takasaki we took a local train back to Isobe. Apparently Isobe is the place where the Onsen mark was popularized. We had a nice dip in the Onsen before dinner, and played some card cames (Sushi Go and Uno) before having dinner and retiring for the night. In the morning, we had a nice breakfast at the Onsen, and then took the train back to Tokyo. That means catching the once-an-hour local train from Isobe, and then transfering at Takasaki to the Shinkansen for Tokyo. We again rode on the E4 series, but this time it was a single eight car train instead of two of them connected together. We had non-reserved seating this time, which meant that we sat on the bottom floor of the train. You have very little view from the bottom floor - you mostly just see the wall of the Shinkansen track, and when you pull into the station you are literally at level with the platform. It is a bit surreal watching people’s shoes walk by. We then took the usual train route home from Tokyo station, made it back in time for a leisurely afternoon at Grandma and Grandpa’s house, and had a nice dinner with them. I got a cake at the local cake shop, and we did the Happy Birthday thing. All things considered, quite a success!