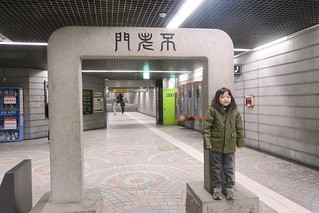 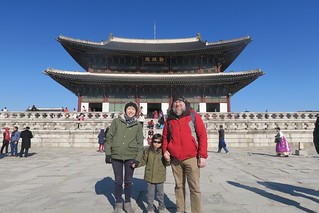 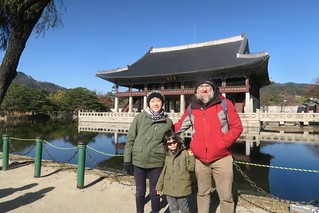 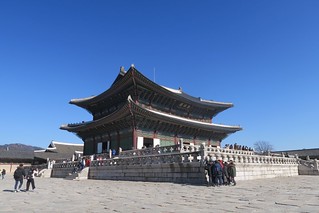 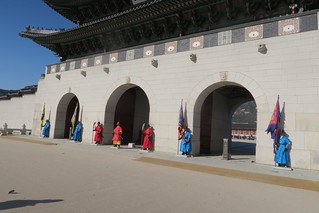 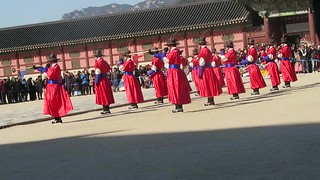 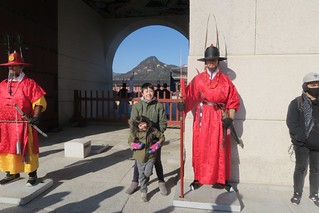 When we were visiting New York over the summer, I met with lots of friends. While we were having dinner with Lena, a good friend of mine from grad school, she mentioned that she and her family would be going to Korea in November for a kind of Thanksgiving. Since Korea is so close to Japan - it is less than a three hour flight - and we haven't done much travel close to Japan, I made tentative plans to fly out to Korea so we could meet then. We actually did make the plans, and spent about four days in Korea. We had lots of great food, although not many food pictures made the cut here. The first free day we had - a full Sunday - we headed out to Gyeongbokgung Palace. It was really nice. There were volunteer college students (I think? Maybe they were high school students?) giving tours in English, and our guide was very nice. She gave us some of the historical background on the palace, which of course I have promptly forgotten. The grounds of the palace are really nice. After the tour and walking around, we went to a local place for lunch that has well-known dumplings of some kind. It was very nice. On the walk back to the subway we passed the Palace again, and were just in time for the changing of the guard, so we got some pictures and videos of that too. Very colorful, super neat. 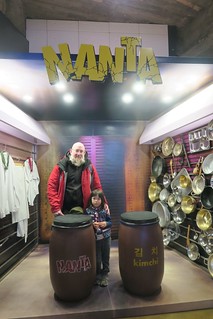 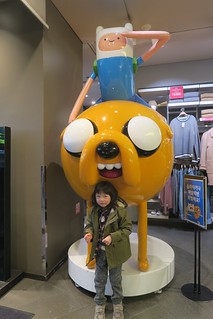 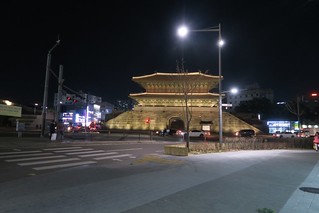 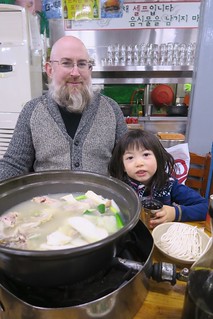 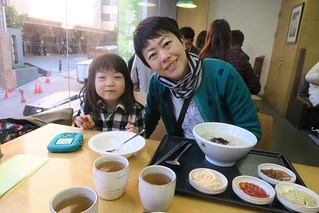 We went to see a play called "Nanta" while we were there. It is a kind of action comedy play where the cast uses physicality to convey things to the audience, and they don't have many lines so you can enjoy the play without regards to language. The play was very funny. I enjoyed it a lot, and our five year old son thought it was hilarious. I definitely recommend checking this play out if you have kids. We were able to meet my friends Lena, Ben, and their newborn for lunch, which was great. We had a really delicious Korean BBQ lunch at a relaxed pace. Afterwards, we headed to the North Seoul Tower. I think it probably has a more official name, but it is a tower overlooking the city, and has great views. They were doing a collaboration with Disney for Mickey Mouse's birthday apparently, which Lisa liked. We bought some postcards at the shop, and were able to mail them off from the tower itself, which was fun. We rode a cable car to and from the tower, which Alan enjoyed. There was also a strange elevator that traveled on a rail more like a train than an elevator which was also pretty cool. Otherwise we spent a lot of time eating lots of different Korean food. It was really good! I wasn't a big fan of the squid that was still moving around while you are it, but otherwise quite nice. For some reason there are coffee shops all over the place in Seoul. I couldn't believe how many Starbucks there were. It was really fun taking a short trip to a nearby country though, so I'll see if we can't try to do more of that kind of travel in the future. 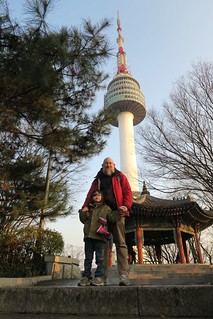 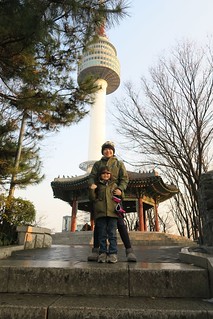 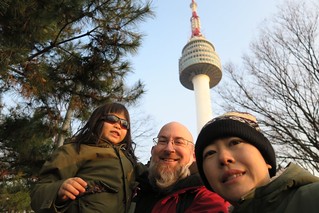 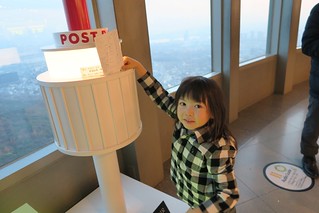 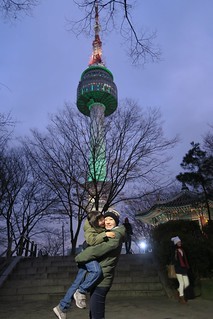