A month or so ago, I bought tickets for the Tokyo Game Show. I was super interested to go because there would be a playable demo for Street Fighter 6, which I really wanted to try out. I bought tickets for Saturday since work was super busy that week, and I don't have any connections to get business day tickets anyway. Definitely go on business days if you can; I was able to do that once or twice and it is much better. 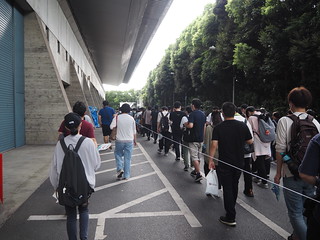 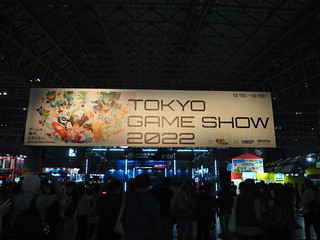 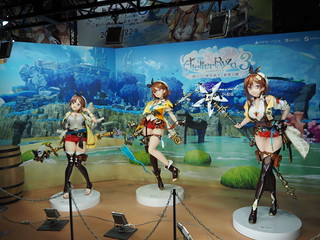 As the date approached, we had some stuff come up on Saturday, like a parent-teacher conference for our daughter, but that's fine. I'd head out after lunch. So that's what I did. It's about an hour from my place to Makuhari Messe. At the conbini I bought some bread and onigiri in case I got hungry in some line - and I knew that there would be a line somewhere - and headed out. I had a full day ticket which meant I could enter at 10am, but I didn't make it there until 13:30. The afternoon tickets let people in at 14:00, and you can see in one picture there is a big line of people waiting for their turn to enter. I'm glad I had the full day ticket. I basically entered, and then searched for the Capcom booth. I took a few pictures on the way, but honestly this year there just wasn't much that I was excited to see. If I had more time I would have checked out a lot more stuff, but I didn't want to get caught in the crush of people trying to leave at 6pm, so I wanted to leave a bit sooner.

One thing that caught my attention as soon as I walked in was a booth saying something like "NFTs here", which is crazy. No gamers are asking for NFTs. It isn't solving a problem. It's making problems. And there is no reason to try to shoe-forn NFTs into games. 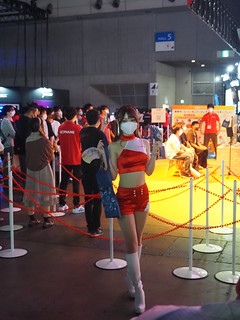 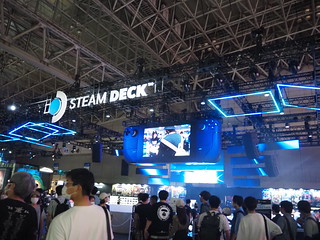 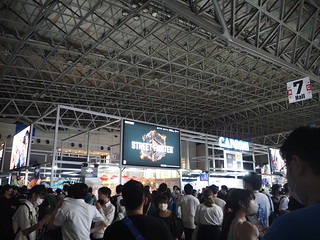 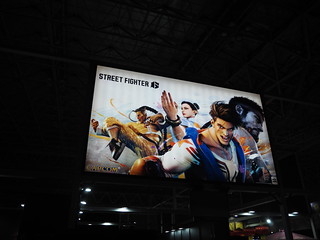 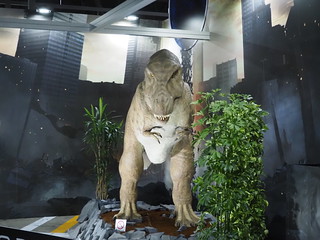 I walked around, basically just looking for the Capcom booth. I eventually found it, and they had big displays for SF6 (of course), Exoprimal with a really nice animatronic dinosaur, and a large Resident Evil section too. I didn't check any of those out though. SF6 was by far the most crowded section. I was very disappointed when I got there because the staff told me that they were restricting access to the demo, and you needed a ticket for a certain time to get in. I couldn't believe it, and I asked about how to get a ticket, what to do, but they just didn't have any answers for me. Turns out though that every once in a while they would open up the line so I waited around for a while (not a short while) and eventually got into the demo line.

The demo line took a long time, but when I neared the front they asked if I was with anyone (I was not) and so they found another person that was single and paired us up. We had a nice chat, and eventually got our turn. The staff asked us what we wanted to play on, I assume to match us up to a console, I said stick or pad is ok, my opponent wanted pad. Turns out they set up a station for us with the control that we wanted. We were able to pick simple or traditional controls and I used traditional. I wasn't in control of player 1 or I would have tried to check out settings to see what I could do with commentary (I wanted to see if there was a "have the commentary cheer for you" option like was recently talked about) but we just jumped into gameplay.

I played Kimberly (cool!), Jamie (hard to understand!), Ryu (he's Ryu!), and Ken (has some crazy kicks). The time went very quickly - 15 minutes on a timer, then we were asked to leave. I thought the game play was good, though I thought time from pressing the button to action on screen was a bit slow (maybe latency, maybe I'm just not used to it) but it was fun. I'm definitely going to enjoy the game when it comes out.

After playing, you were able to walk out to see a full-life Chun-Li figure, and take a picture with her. I tweeted it out, and got some stickers, which is nice. While waiting in line I saw a few friends I know, and we met up afterwards to chat for a bit which was great. These are people I haven't seen in over three years in some cases, so even if we just had a brief chat it was great seeing them. I would have loved to hang out and get dinner, but with the crazy week at work I had, which made my wife take care of the kids for three of those nights, I really wanted to get back home and help out there. So I left at about 4:30pm, and the trains weren't too bad yet. I'm really glad that I went to TGS, and player SF6 was great. I'm looking forward to the closed beta test - hope I get a ticket - and eventual release. 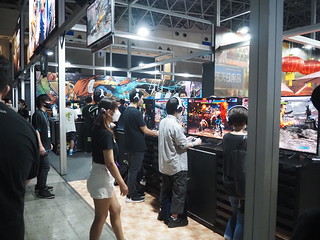 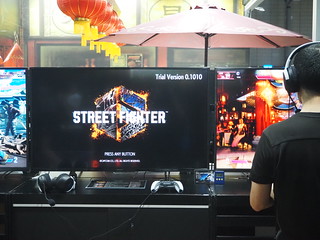 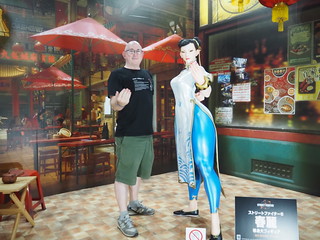 I ended up not going to TGS Day 4 due to horrible weather but #TGS2022 was a BLAST❤️‍🔥 Got to meet so many cool ppl and had a lot of fun playing upcoming games🎮#東京ゲームショウ2022 久しぶりのオフラインはやっぱり楽しかった！ゲームって最高！！ pic.twitter.com/SXqOjjBRso