Alan plans a trip to Harajuku

I had some errands to run in Harajuku - there was a King of Fighters collab at a pop-up shop in La Foret - and since it is Golden Week I thought it would be fun to bring Alan with me. He really likes trains and buses, and in the past two or so years we just haven't taken them much at all. I also thought it would be interesting to let him plan the route to go there. At his school they try to teach independence and investigation, so he took the iPad and went to work. 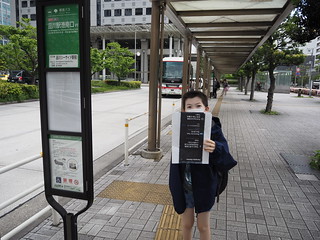 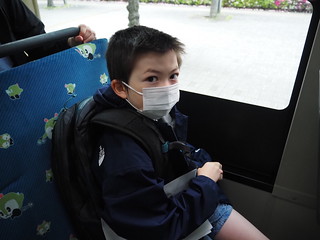 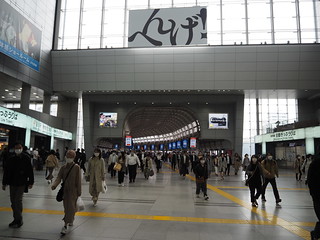 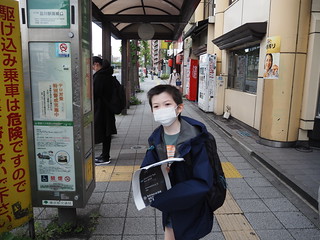 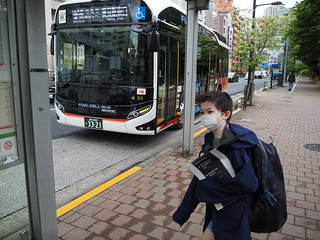 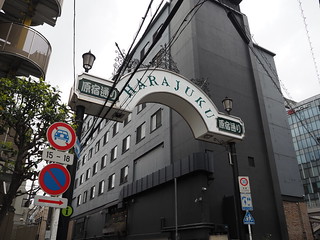 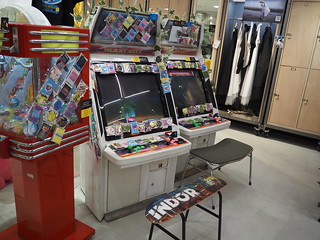 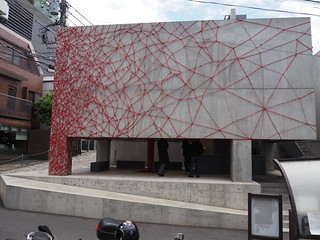 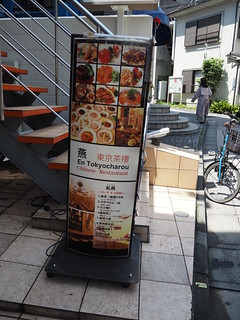 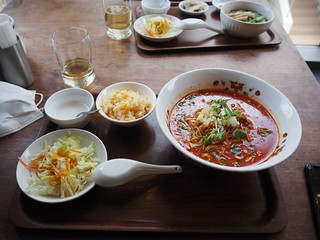 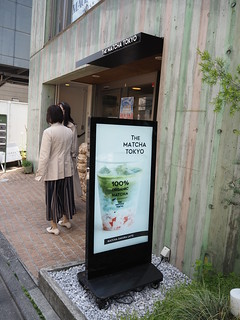 Alan's preferred route was a roundabout one that took three buses to get to our destination. One reason he wants to ride the bus is because Tokyo has some Hydrogen Powered buses now and he really wants to ride one. So this gave us two chances (based on the routes that I know anyway). He investigated where to transfer on his own, and printed out the directions. His route would take about 2x as long as what I'd consider the normal way - take the trains - but I thought it was a good opportunity to let Alan set a goal and implement it. I'm also curious how well he'll be able to navigate Tokyo, and providing some sessions where I can silently observe while he builds city navigation skills sounded like a good idea too.

We set off in the morning after getting his Suica card - a few years back he lost it, and Lisa was kind enough to do the paperwork to get another one. It needs paperwork because until middle school he can get a suica that charges half price for all public transport use. From our local station we rode the bus to Shinagawa Station, and then picked up another bus that was headed for Meguro station. Before getting out at Meguro though, we changed at Shirokanedai for a bus that was headed to Sendagaya, and rode that to Harajuku. Alan needed a bit of help to find the bus stop when we changed at Shinagawa (we had to walk through the station to the other side of the station - and it is a big one!) I asked him if he thought he could come to Shinagawa station on his own, and he wasn't sure. We've been surprised because a friend of his sometimes goes to his grandfather's house via Shinkansen on his own, and he makes the trip from where we live to Shinagawa to the Shinkansen on his own! With a bit more practice I think Alan would be comfortable with that too.

Once we got to Harajuku I walked us over to La Foret, the place that had the pop-up shops with the SNK artist collab. I picked up some stuff for my friend in America, then we went and wandered around for lunch. I don't know Harajuku well, but I remember that once I went to a Chinese place with my friend Eric (I can't really remember when or why - but I do have some strong good vibe associations with the place). I don't know the name - but I remembered generally where it was, and while the area has changed, it was still there. A mom and pop Chinese place called En Tokyocharou. Alan had a nice soup dumpling lunch, and I had the tan-tan men. It was great.

On the way there we passed "The Matcha Tokyo" and I know Alan likes Matcha so we stopped there for some tea. Well, I say tea, but he had a Matcha ice cream, and I had a Hojicha latte. I chatted with the person working there for a while - I wondered if the lack of tourists in Japan (because the government hasn't been issuing Tourist Visas for over two years) impacted their business. She said that there were very few people a year ago, but things are coming back now. Harajuku does get a lot of local tourists too so I can see that. We didn't see too many people in the morning, but as the afternoon wore on, more and more people were coming around.

After our tea, we went to Uniqlo where I got some stuff - some of the new Final Fantasy collab shirts actually - and we wandered through Ikea for a bit. After that the only errands I had were to go to two banks, but I didn't find any on our wandering. So I decided to go to Meguro station where I knew the locations that I needed. We took the Yamanote line from Harajuku - and it was my first time seeing the new station there. It's a lot more open than the old one was. It looks like they are going to build more over the tracks too.

I took care of my banking errands at Meguro, and we took the Yamanote line on to Shinagawa station. From there, we rode a bus back home - and we were lucky because we got the Hydrogen Bus that Alan was so excited to ride! He really liked it - especially how silent the bus was, and how it wasn't "as shaky" (because there is no large combustion engine shaking things). He definitely wants to ride the Hydrogen bus more, I'm really glad we were able to catch it.

It was a fun and successful Golden Week outing for us - we'll have to try something similar in the future.