Not too long after the Saigon Cup, Storum Kubo posted an entry on his blog about the trip. I thought it was fun, and have translated it. I am not a professional translator, just a regular old Street Fighter fan who has some familiarity with Japanese. I'll translate thinsg that I think are fun and put them here. I saw this and thought it was a very fun and funny look at Storm Kubo's trip to Vietnam, and helps you get an idea of his character a bit outside of the game. Original article on Storm Kubo's blog. Many thanks to Storm Kubo for giving me permission to do the translation.

Diary of a Gamer with a poor vocabulary

I have a poor vocabulary, but I write about games. 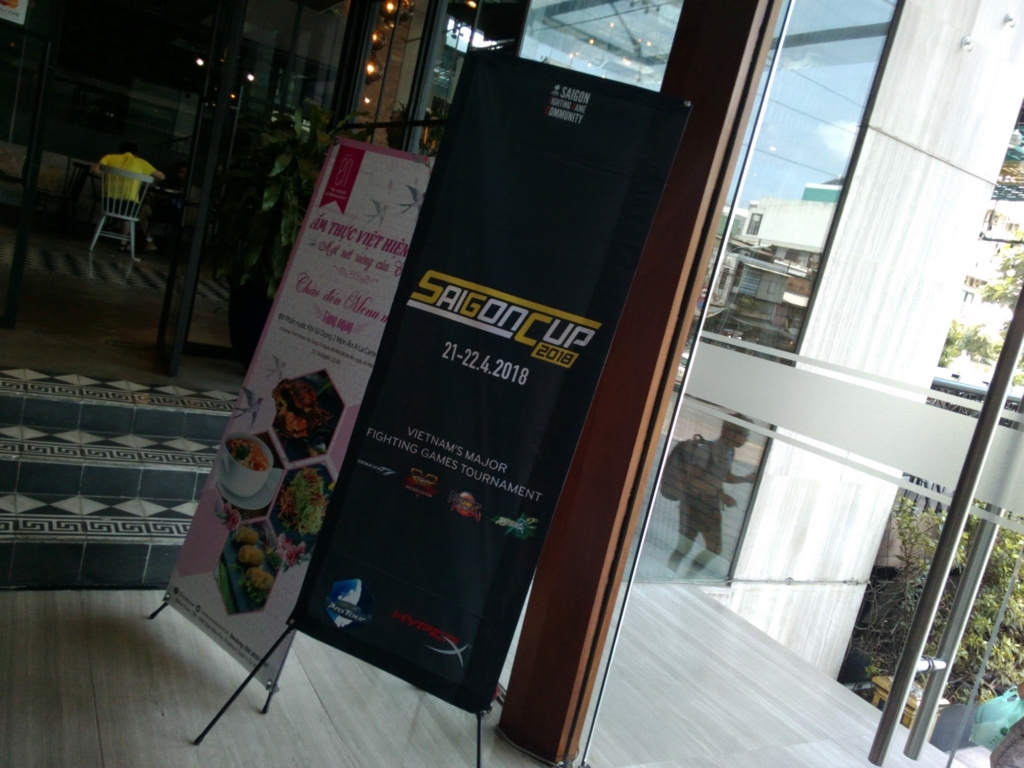 In the previous tournament and the one before that I was able to make Top 8, so I went into this tournament aiming for victory. As expected of the nation, not only was it very hot, there was nothing other than a Starbucks near the venue, so I had a really hard time getting food and staying hydrated.

When I entered the venue the first thing I noticed was the T-shirt sales stand, and the Vietnamese Shiranui Mai cosplayer. She was super cute. I mean, in general Vietnamese girls are cute. Since the country is always hot, so from the style of clothes that they wear you can see some very nice legs all over the place.

is what I was thinking as I bought a T-shirt with the Saigon Cup logo.

If I just suddenly went up to someone drooling and asking for them to take a picture with me, I'm sure they would think I'm just some strange geek boy and would hate it.

If you are going to take a picture, you want the photographer and the subject to feel like it is a win/win situation, right? Just as I was thinking that, what did I see but the Professional Gamer sponsored by Alienware2, Takeuchi John, entering the venue. I sucessfully led him to where the cosplayer was.

Storm Kubo: "Do you see that cosplayer over there? Shall we take a picture with her?"

And how did it turn out?

Because of Storm Kubo's excellent neutral game (probably) this is a perfectly composed shot. 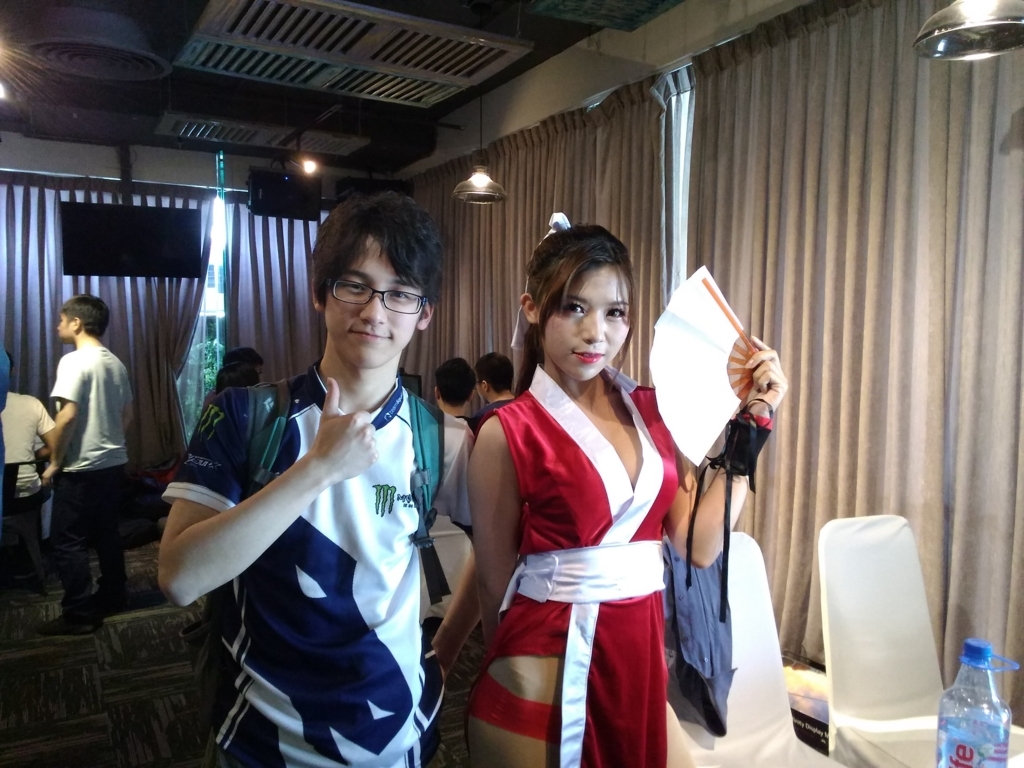 I'm not so sure about number 2 and 3, but at least going on the smile on Professional Gamer John Takeuchi, I think number 2 is clear. At worst, it'll just take one punch to wipe those complaints off his face.3

I'm convinced that number 3 was a success because after taking the picture, the cosplayer went to every one of Professional Gamer John Takeuchi's matches and cheered him on in the background. 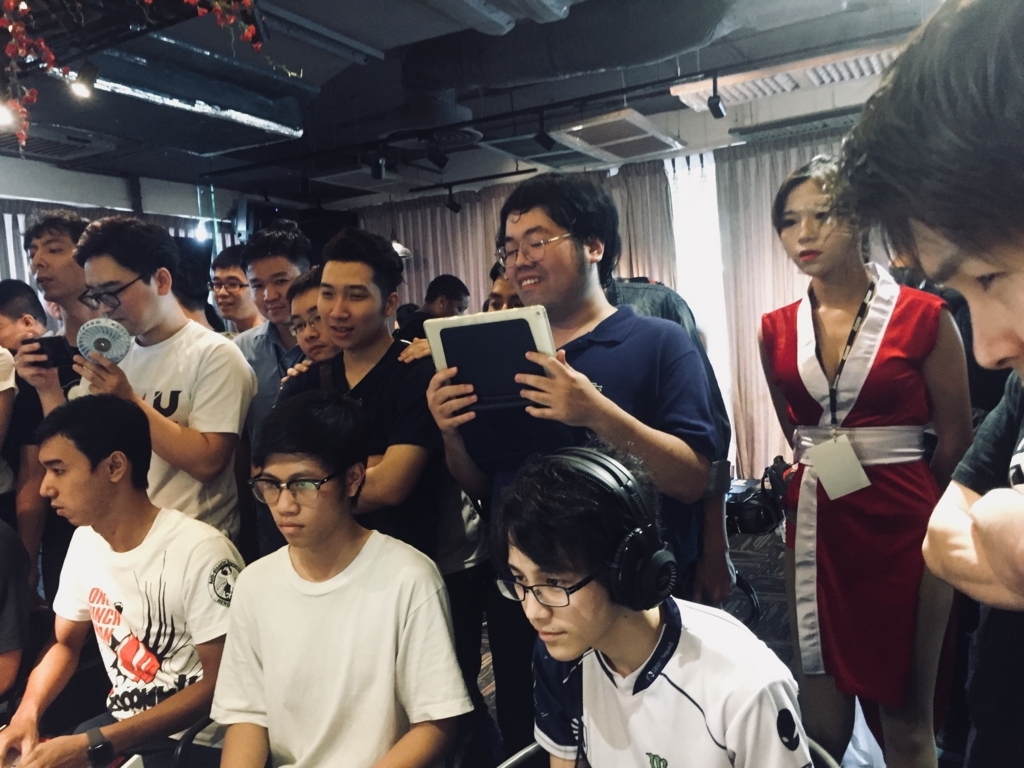 The only loss is that people think "Storm Kubo's a wierdo", but that's a trifling matter. I'm not playing around here, just shut up and come along. I did see her follow Professional Gamer John Takeuchi pretty quickly on twitter. I feel like that's due to the difference in the gap between the characters we main. 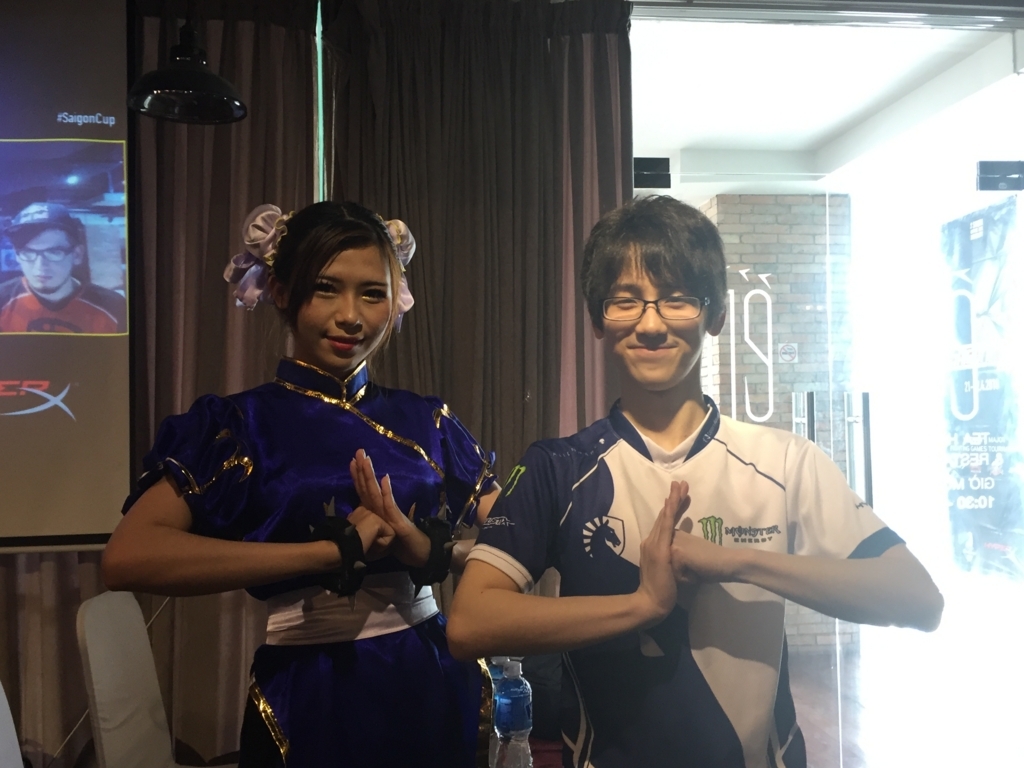 By the way, I placed 16th in the competition. Also, the Pho was delicious.

Translator's note: I did not know this.

Translator's note: that's what it says, I know he's Team Liquid, I don't know the details about the Alienware connection (though he and Nemo do a lot of Alienware stuff together).

Translator's note: I originally went with "At worst, he's only got a minor complaint" which ignored the whole thing in there about a punch.

Complaints about the translation go to me, fugutabetai@gmail.com. I'm just translating the contact info from his post here!