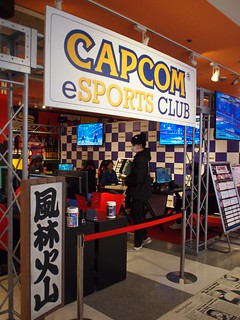 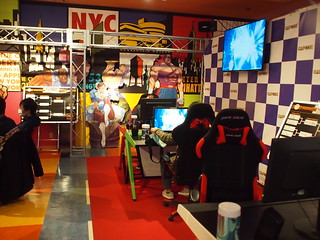 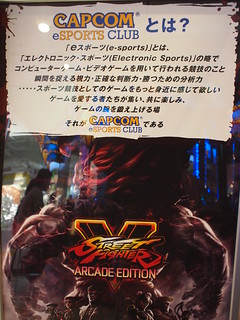 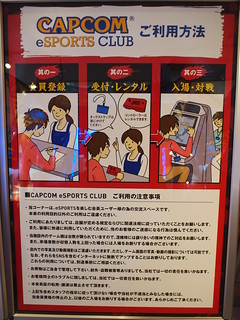 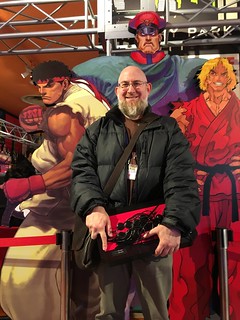 Capcom recently opened the "eSPORTS CLUB" (their capitalization, not mine) in their Plaza Capcom arcade in Kichijoji. It is an interesting place, and surprising to me in that it is completely free. They have two head to head setups, and I think eight side by side setups. It isn't the largest space, but each station uses a PS4 Pro, there are a lot of nice Street Fighter character images, and they provide sticks (Hori RAP 4s) and headphones (don't remember) for your use. All for free. There are a variety of places in the Tokyo area that you can go to and play Streetfighter, but none of them are free.

In March, I noticed that Capcom started running tournaments ("Ranking Battles") on Saturday there. By chance my family is out travelling on Saturday, so I took the chance to go out to Kichijoji - a but outside of Tokyo proper, an hour away from where I live anyway, and check it out. I thought it might be useful to write a bit about how to make use of the Capcom eSPORTS CLUB for any English speakers that might be interested.

First, you need to get there. That probably means taking the Chuo line out of Shinjuku (about 17 minutes) but Google should be able to tell you how to get there. Leaving the station walk through the nice shopping district, which has some covered streets which would make going there in the rain pretty convenient. The Plaza Capcom arcade is located in the basement of the Loft building. You can't miss the eSPORTS CLUB, it is a closed off area with a bunch of life size Street Fighter character cutouts standing around, and some big monitors showing what is happening on the main setup.

Once you are there, you need to register for a member's card. If you are looking at the entrance to the area, to the right there is a counter that should have a capcom employee there. Tell them that you want to register, or maybe just say something like "Street Fighter" and point over there. They will bring out a sign-up sheet and ask for your gamertag. No government needed. Sign up with that, and if you want to borrow a stick, let them know (they are visible from the counter). They will have you sign up on another sheet for that. They should also give you a business card sized member's card with a number on it that you can use when you come back. When you are playing in the area you have to wear the lanyard they give you (so they know you registered or checked in with the desk I guess) but that is it. Head over to the setups and look for one that is open. The setups are all First to Two, winner stays on when it is busy, but if nobody is waiting feel free to keep on playing.

If there is a tournament that day - and they will also host player-run tournaments on weekday evenings I'm told - talk to the person running the tournament to register. In my case on Saturday at about 3:30pm there was a capcom employee near the entrance with a sign-up sheet for the tournament, I signed up, and they passed me a ticket with a number on it. Later on, once sign-ups were closed, they called out the numbers and we pulled a piece of paper to determine seeding order in the tournament. They wrote the seeding information down on two dry erase brackets (pretty cool actually) and then started calling out matches.

Competition was very good - I knew of Raya (Diago's student), and Trashbox (a good Birdie), and everyone else there was better than me at any rate.

If you have the time, check out the Capcom eSports Club. Personally, I prefer one of the various weeklies - particularly Fighter's Crossover Akihabara - where there is a bar and I can get something to drink while I lose, but this was a lot of fun too.